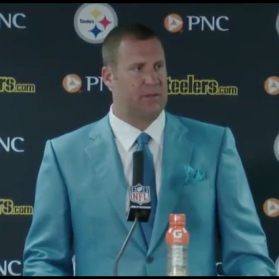 NFL Teams that had the most protesters preformed poorly on Sunday

In discussing the controversy over NFL players protesting during the National Anthem, Pittsburgh Steelers quarterback Ben Roethlisberger said: “I would probably be lying if I said no.”  Research conducted by the CPRC shows that this turmoil didn’t just affect the Steelers, but it had a large and statistically significant effect on teams.  The teams that had more players protesting were much more likely to perform poorly relative to the point spreads this past Thursday predicted.

We used Thursday’s point spread, the day before Trump’s first remarks, to predict how the teams were likely to play in Sunday’s games. The reason for doing it before Friday is that the bettors might have had some idea how the conflicts created by Trump might have affected the team’s performances so that it would already be in the change in the spread by Sunday.

We found that the difference in the number of players that protested the Anthem between any two teams was closely related to how much the actual scores differed from what was expected. If your team had thirteen more players protesting than your opponents, the average difference between teams, your team would be spotting your opponent about one-touchdown.

We have an op-ed that we have written with more details at Fox News.

Given that these protests are a result of fears that white police officers are systematically shooting blacks, here is a copy of our research showing that isn’t actually what is occurring.

A Stata file of the data is available here: NFL Games Kneeling.dta.  Data and links for sources in an Excel format: NFL Data Kneeling.xlsx 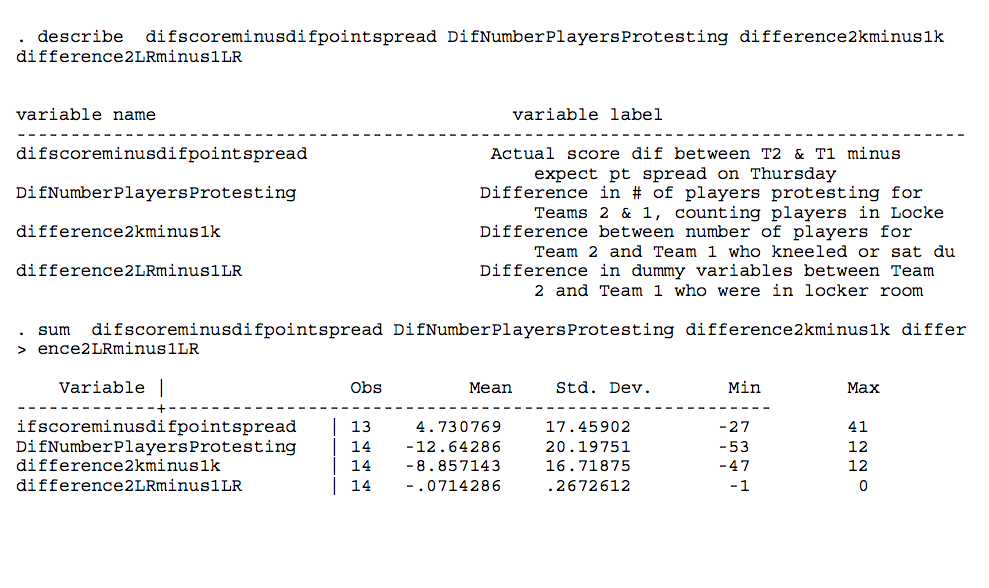 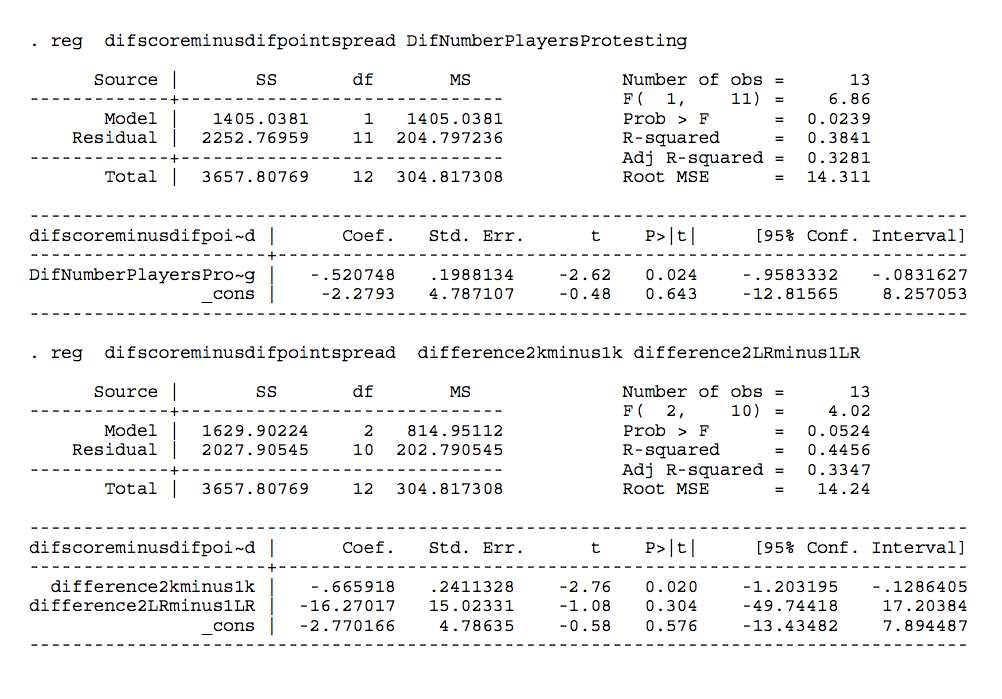 While it would be great to have more than 13 observations here (which is a small sample), it seems like it will be difficult to extend this test to additional weeks.  The whole point of using the point spread on Thursday rather than Sunday was to get estimates of expectations before Trump’s statement.  For this next week’s games whatever effect from Trump’s is likely to already be in the expected point spread.