In the Kansas City Star: “Look at facts in the campus firearm debate” 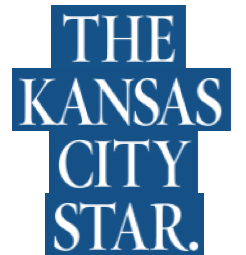 Dr. John Lott has an op-ed in the Kansas City Star on the debate of permitted concealed handguns on college campuses.  The piece starts this way:

As college classes start up in Kansas this fall, it’s a good time to take stock of the rise in the number of schools where people can carry guns for protection. According to the National Conference of State Legislatures, 11 states now mandate that concealed handgun permit holders be allowed to carry on public college campuses. There are 12 states if we count Michigan, which only allows permit holders to carry if they do so openly. Twenty-three other states leave the decision up to individual colleges.

Gun control advocates in Kansas predict disaster, just as they have in each new state that adopted campus carry. Unable to point to any actual catastrophes, opponents do their best to imagine what might go wrong.

But at school after school, no problems have occurred. Over the decades, not a single permit holder who was allowed to carry on university property has committed a crime with his gun. No permit holder has ever gotten angry over a grade and started shooting. As far as we know, no permit holder has ever used his gun to threaten anyone on campus. There have only been six accidental discharges, all of which involved minor injuries. In no case did someone other than the permit holder get a hold of the gun.

Of course, the media loves giving national attention to professors who do silly things, such as resigning from their jobs in protest or wearing protective body armor to teach classes.

Professor Kevin Willmott is worried that the University of Kansas will become a “war zone” now that it has started allowing campus carry. He has promised to wear body armor throughout the entire school year as “a constant reminder to all of us that our students could have a gun, and in an emergency, this could make a bad situation even worse.” Texas community colleges have also just started with campus carry, and San Antonio College Professor Charles K. Smith is also wearing body armor, claiming that the policy “increases the chances of something [bad] happening.”

In May, associate history professor Jacob Dorman resigned from the University of Kansas. He accepted another tenured position at a public university in a non-campus-carry state. In his resignation letter, Dorman predicted that Kansas would be “driving off faculty members.”

Dorman also claims that “arming students has done nothing to quell active shooter situations because students do not have the training to effectively combat shooters.” My research has found numerous instances of concealed handgun permit holders with no more training stopping dozenspublic shootings.

Willmott and Dorman are only two out of 2,600 faculty members at the University of Kansas. Likewise, just two of 20,322 have left the University of Texas System on account of campus carry. One of those, a visiting retired professor, would likely have left anyway. And the body-armor-wearing Charles Smith is just one out of over 43,000 faculty in the Texas community college system.

Kansas professors have had several years’ notice that the policy would take effect — plenty of time to look for other jobs.

It is a wonder how these professors ever go off-campus. After all, there are over 1.15 million concealed handgun permit holders in Texas. Kansans don’t even need permits to carry. Professors can’t go to restaurants, movie theaters, or grocery stores without being around legally-carried concealed handguns. . . .

The rest of the piece is available here.  Someone from the Brady Campaign had this response in the Sunday Kansas City Star to Dr. Lott’s op-ed.

John R. Lott Jr., the NRA’s favorite researcher, tells Kansans not to worry about the new law allowing guns on campuses. (Sept. 13, 15A, “Don’t panic about guns on college campuses”)

This is the same guy whose notorious “more guns, less crime” thesis was discredited by a host of respected researchers for its deeply flawed methodology and conclusions. Among debunkers were the Stanford Law Review, the Johns Hopkins Center for Gun Policy and Research, and the Harvard Injury Control Research Center.

Lott again produced misleading information in his Star commentary. He wrote that gun-control advocates have been “unable to point to any actual catastrophes” associated with campus carry.

Let us point again to Northern Arizona University, where in 2015 a student shot four classmates with a gun retrieved from his car.

Or the K-State student who accidentally shot himself with a gun illegally brought on campus earlier this year. Or the Wichita State student shot to death in a dormitory parking lot in 2015.

These are highly relevant, even though they happened before campus carry was implemented.

The month after Texas campus carry took effect in 2016, a student accidentally fired a gun inside a dormitory.

Response: The first case actually indicates the opposite of what the Brady Campaign thinks that it does.  I would argue that the person who had illegally brought a gun on campus didn’t have much to worry about in terms of any victims being able to defend themselves.

As to the accidental discharge, the op-ed mentions that there were six such cases at universities that allowed permitted concealed handguns, and the case raised by the Brady Campaign was one of the ones that we included.