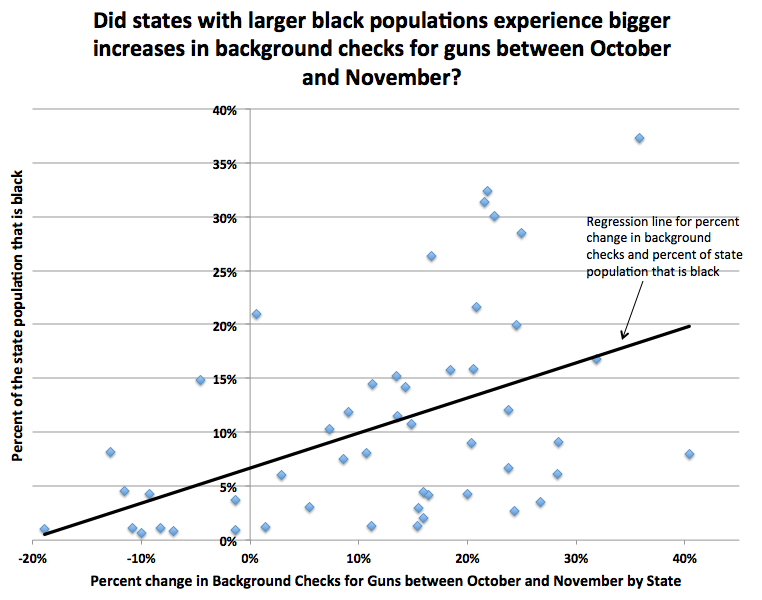 With gun sales continuing to increase after the November 8th general election, many have pointed to the increase in gun sales to blacks, though the evidence has been anecdotal.  NBC News contacted gun storeowners who reported seeing up to four times as many black and minority customers.  The National African-American Gun Association saw a 7% increase in members just over the Thanksgiving weekend. We put together a simple correlation between the change in NICS background checks for guns between October and November and the percentage of the state population that is black.  While the 25 states with the largest percentage of their population being black had an average increase in NICS checks of 16.4% (17.9% of their population was black), the 25 states with the smallest percentage had an average 7.7% increase (3.3% of their population was black).

A simple regression shows a strong and statistically significant relationship between these two variables.  No one has argued that white populations in those states have suddenly had some new reason to buy guns after the election of Trump in those heavily black states.  We also tried including the square of the percent of the black population, but the relationship is very linear.  Still, it would be nice to have background check data at the more local level.