Dr. John Lott as another piece at Fox News on some of the false statements that fact checkers have made about guns, crime, taxes, and vote fraud.

To protect Americans against “fake” news, Facebook will now use filters so that only “reputable” articles can appear at the top of users’ trending news stories.  And Facebook is going to media fact checkers for help (initially ABC News, The Associated Press, FactCheck.org, Politifact and Snopes). But guess what? These fact checkers have their own biases — usually the same liberal biases that we see in the rest of the mainstream media.

Before the 1990s, the mainstream media had a monopoly on the news.  Then came the rise of talk radio, Fox News, and the internet. This was a wonderful thing for freedom of information.

Facebook has already faced a scandal for having “filtered out stories on conservative topics from conservative sites.”

But to get an idea of how bias also affects fact checkers, just consider a few evaluations from Politifact.

— “We’re the highest taxed nation in the world. Our businesses pay more taxes than any businesses in the world. That’s why companies are leaving.” Donald Trump on “Meet the Press” on May 8, 2016

Donald Trump was clearly talking about tax rates for businesses.  But in rating the claim as “False,” Politifact focuses on total federal tax burden as a share of GDP. Trump was correct that the U.S. has the world’s highest corporate income tax rate (combined federal and state).  In 2016, that rate was 38.9 percent  France came in second with 34.4 percent.  But Politifact conveniently overlooks state taxes, which are really what put the U.S. over the top compared to so many other countries.

— On November 9, California Lt. Governor Gavin Newsom claimed that his state’s gun control laws were responsible for a “56 percent decline in the gun murder rate” since the 1990s.  Politifact rated this statement as only “mostly true,” but only because the drop in murders was even greater than 56 percent between 1993 and 2014.

Bizarrely, Politifact didn’t question the claim that this drop was due to California’s gun control laws. Pete Wilson, who was the Republican governor from 1991 to 1999, did very little on gun control.

Probably the only significant new regulation was the 1994 California Gun Free School Zone law, but this didn’t even forbid permit holders from carrying on school property.

The major gun regulations only started after Democrat Gray Davis took office in 1999.  During the first five years of the period Politifact studied when there was little change in gun laws, gun murders fell by 54 percent, over 80 percent the total 67 percent drop between 1993 and 2014.

Politifact ignores all of the other major crime legislation that was enacted by the Republican governor.  For instance, California passed the 1994 Three Strikes law, which doubled the penalty for a second felony if the first one was serious or violent.  A third felony carried a prison sentence of 25 years to life.  Much research showed that significantly higher criminal penalties likely played a role in reducing crime rates. . . . 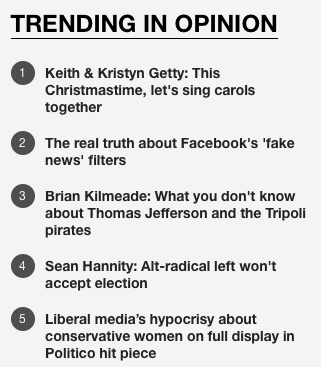 UPDATE: Roy Edroso had a discussion of Dr. Lott’s piece in the Village Voice.

At Fox News, John R. Lott voiced another common complaint: “These fact checkers have their own biases — usually the same liberal biases that we see in the rest of the mainstream media.” For example, Lott wrote, fact-checker Politifact said Trump’s claims of “large scale voter fraud” were bullshit, but aha, “voter fraud in 2008 gave Al Franken the Senatorship in Minnesota.” That is, if you believe the evidence Lott was offering, namely another Fox News editorial written by… John R. Lott, containing rock-solid proof points like “undoubtedly other felons voted illegally in other counties.”

Lott therefore described the Facebook warnings as “attempts at censorship,” which conservatives could not escape by switching to other social media such as Gab and Freedombook because — well, who knows, but it probably has something to do with small government. . . .

Yet, Dr. Lott’s piece Franken’s race didn’t depend on any felons voting in Minnesota’s 85 counties.  In just Ramsey and Hennepin counties there were 341 or over 400 (the numbers given by two Democrat DAs).  With felons voting virtually unanimously for Democrats, eliminating felons voting in just those two counties would have very likely overturned Franken’s 314 vote margin.

As to censorship, Dr. Lott’s conclusion was simply to let people provide information and let the readers decide.