Dr. John Lott spoke with Gun Freedom Radio about his new book “The War on Guns” and how many gun-control laws actually make law-abiding people vulnerable.

Nikki explains how she and her husband Ben were left defenseless due to the gun-free zone restaurant they were working in. Nikki was forced by law to leave her permitted gun locked in her vehicle the night her stalker murdered her husband in front of her inside a busy restaurant.…

CPRC on the Dennis Prager Show: The War on Guns

Dr. John Lott spoke with host Dennis Prager about his new book “The War on Guns” and how many gun control laws actually make law-abiding people more vulnerable and unable to defend themselves. Also discussed is the claim that Michael Bloomberg insisted that Dr. Lott’s taped interview be removed from the Couric gun-control film.…

CPRC on the Glenn Beck Radio Show: The War on Guns 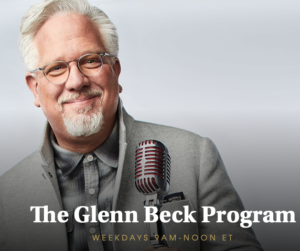 The Beck Show has this discussion of the interview here:

Our Second Amendment rights are in serious jeopardy. Each new “common sense” law threatens our right to own and operate guns in a reasonable way.

CPRC on The Blaze’s Facebook Interview: “The War on Guns”

Hillary Clinton claims that some of Donald Trump’s appeal is “xenophobic, racist, misogynistic.” On Thursday she asked, “If he doesn’t respect all Americans, how can he serve all Americans?”

But who actually cares more about blacks, in particular poor blacks?

CPRC in the News: The National Interest, New China, The Daily Signal and others

In an interview with Xinhua, John R. Lott, Jr., Crime Prevention Research Center founder and president, suggested that gun restriction is not the way to stop gun violence.

Considered one of the nation’s top opponents to restrictions on carrying firearms, Lott is also author of several pro-gun books, holder of a doctorate in economics, former researcher at Yale and other universities and a Fox News columnist.

This how the article at Breitbart starts:

Radio host John Cardillo claims that interview segments with noted gun scholar John Lott were included in the earliest version of Katie Couric’s gun control movie Under the Gun, but were taken out at Michael Bloomberg’s request following a private screening.

Cardillo is host of The John Cardillo Show, while Lott is an economist, gun rights author and president and founder of the Crime Prevention Research Center.

Demand for gun ownership in America continues to climb. The nation’s 14 million concealed-carry permit holders marks an all-time high, with women snapping up concealed carry permits at twice the rate of men between 2012 and 2016, the latest data from the Crime Prevention Research Center in Virginia show.