Civilian with handgun “may have saved officer’s life” 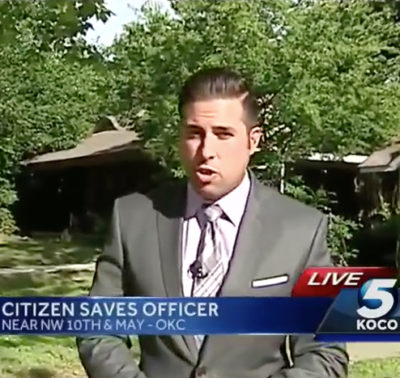 May 12, 2015: A case in northwest Oklahoma City, Oklahoma where a police officer was beaten on his head with his baton. The rookie officer was “seriously injured.” The civilian who used his gun to stop the attacker “may have saved officer’s life.”

In this case, it isn’t clear if the civilian who rescued the officer had a concealed handgun permit.

← CPRC on the Michigan Talk Network: Discussing the lack of media discussions on mass public shootings that have been stopped by concealed handgun permit holders CPRC on The Blaze TV: Discussing President Obama's new rules on so-called "militarization" of police →