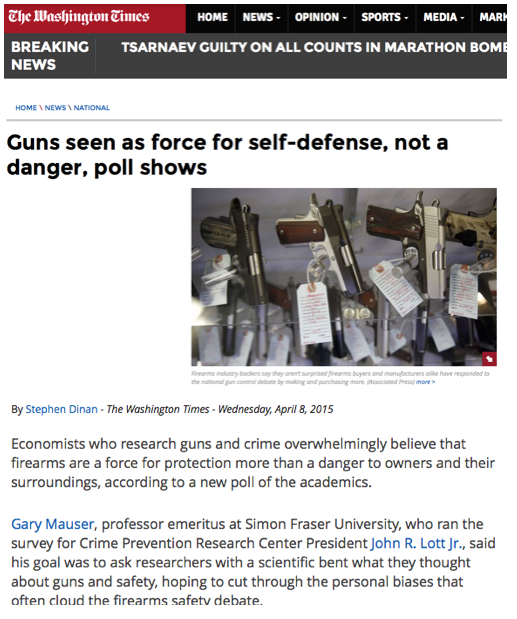 The Washington Times covered our survey of economists that was conducted by Professor Gary Mauser.    Stephen Dinan’s article that compared our survey to one done at the same time by David Hemenway:

. . . Take Mr. Mauser’s question about self-defense and crimes: While 83 percent of economists believed guns were more likely to be used for self-defense, nearly three-quarters of Mr. Hemenway’s sociologists and public health professionals disagreed with that finding.

Mr. Hemenway also found most of his participants thought guns made a home more dangerous and increased the risk of suicide, and they believed permissive concealed carry laws have not helped reduce crime.

Mr. Mauser said at least a portion of the difference resulted from the wording used.

In the question of self-defense versus crime, Mr. Hemenway asked if guns were used for the former “far more” than the latter. Mr. Mauser said that may have skewed his results, so, in his own survey, he changed the question to test if people believe there is a net benefit from gun ownership.

He also defended his survey participants as the better group, since they were economists who had written on guns.

“Remember, all of the researchers I included had direct research conducting empirical studies of the gun issue, unlike those in Hemenway’s study. My target population is more knowledgeable,” he said. . . .

UPDATE: The survey of researchers also got coverage in the Daily Caller. 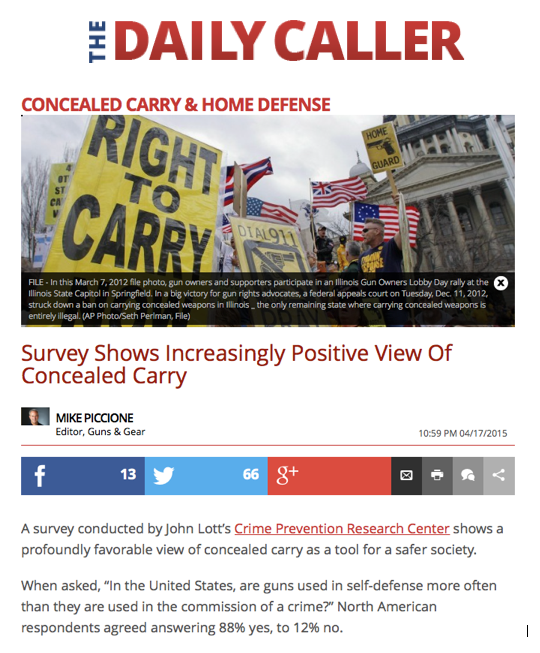