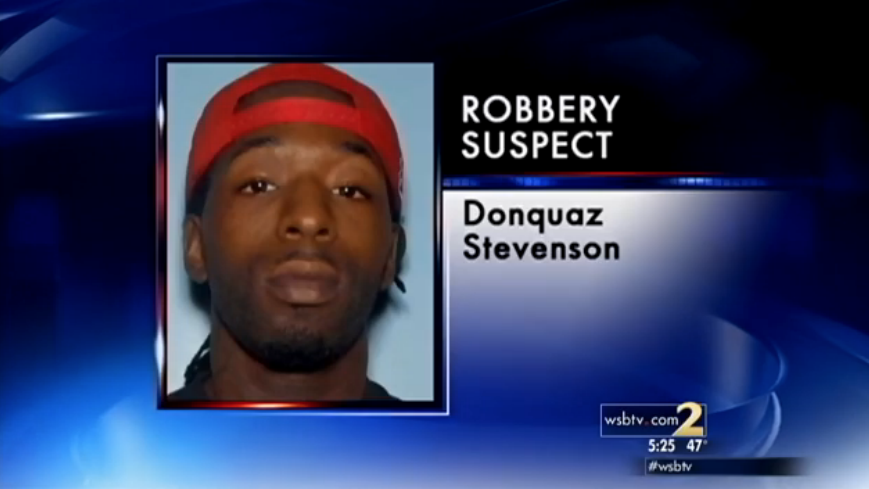 There were two men who tried to rob a Papa John’s Pizza delivery driver on Sunday evening in DeKalb County Georgia.  DeKalb County Police Department Capt. Stephen Fore told WSB-TV said: “She arrived at the location and a male began approaching the vehicle she thought was there to pick up the pizza. When he got to her, he produced a handgun and forced her out of the vehicle and onto the ground. She had her own firearm in her pocket and while down on the ground she was able to retrieve that firearm and then shoot the suspect.”

Donquaz Devon Stevenson, 24, was found near the scene with a gunshot wound to the face. He was arrested and charged with armed robbery

According to Capt. Fore, “She felt she had no other choice. She must have been in fear for her life.”

The Papa John’s employee wasn’t injured, according to her mother, but was worried at the time that she might lose her job because she defended herself with her own gun.

Fortunately, Papa John’s will let the woman keep her job, though their policy is not exactly clear.

The DeKalb County Papa John’s delivery driver who shot a man attempting to rob her will be allowed to keep her job, the company said Thursday. But the pizza chain doesn’t plan to change its policy, which prohibits employees from using guns. . . . .